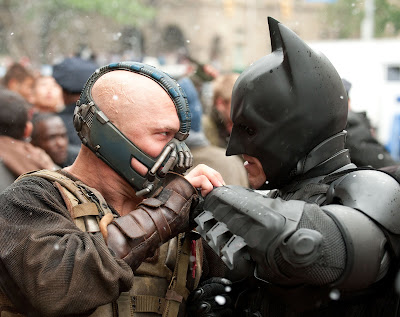 I was fortunate enough to see The Dark Knight Rises just hours before the senseless tragedy in Colorado, but it seems a little frivolous to even try to sit down a critique the movie only days afterward. I want to send my thoughts and prayers to those who have been affected by this violent act.

The Amazing Spider-Man
swings back into action 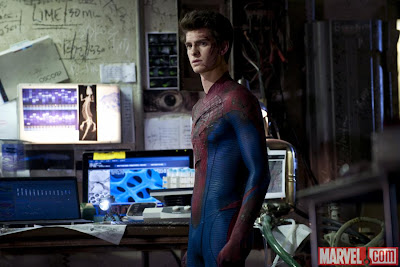 Stop me if you've heard this one before: Put upon high-school kid Peter Parker wanders into a lab where he doesn't belong and gets bitten by some kind of mutated spider. He suddenly develops the ability to sense when things are going to happen, he has super-human strength, and he can climb walls and hang from ceilings (alas, he cannot actually shoot webs from his wrists; he has to create a device to accomplish that feat). His new-found powers also seem to be the direct cause of creating another human-animal mutation that wants to take over the world with its new-found powers, so Parker breaks out his new-found sewing skills, creates himself a snazzy/sexy skintight costume complete with mask, and takes to the streets of Manhattan as the amazing Spider-Man. Oh, yeah, he's also crushing on a girl in his class who seems to be intrigued by him as well.