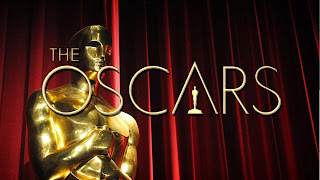 It's Oscar night, so I just wanted to make a quick list of all the awards I'm predicting (or guessing, since who has seen any of the documentary and animated short subjects?! Okay, I did see Get a Horse because it was shown with Frozen.) for the March 2, 2014 ceremony. I'll update with the actual winners after the ceremony is over to see how well (or poorly) I did.

UPDATED WITH WINNERS IN RED


My final score: 17 out of 24. Biggest surprise -- Her winning Best Original Screenplay. Biggest disappointment -- Bad Grandpa not winning for hair and makeup.