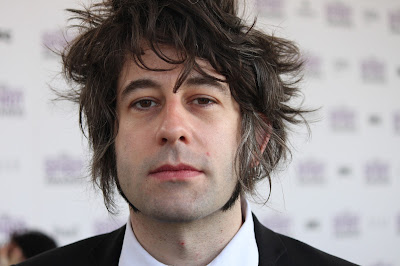 Over the past 13 years Ben Kasulke has been credited 69 times as a cinematographer on IMDB. The first film he worked on was We Go Way Back, which was directed by Lynn Shelton. His resumé is quite impressive, which includes being the cinematographer for Safety Not Guaranteed, Your Sister’s Sister, and Laggies, and now he has made the transition from cinematographer to director with his first film, Banana Split. His first film showed at the Seattle International Film Festival -- Ben lives in Seattle -- and I got the chance to talk to him about his film and what it meant to him to have it shown in front of a Seattle audience.

You were born in New York, but moved to the Pacific Northwest in the late 90’s. What is it like having your directorial debut, Banana Split, show at the Seattle International Film Festival?

I could not be happier to bring Banana Split to SIFF and my creative home of Seattle. Oddly enough much of Banana Split was shot in my birth city of Syracuse, New York, and bringing it home to the Pacific Northwest is a wonderful confluence of two distinct chapters of my life.

What do you hope the Seattle film audience will take away from Banana Split?

I hope the audience can embrace some of the ideas Banana Split explores regarding gender, find some emotional common ground with young people coming of age today, to enjoy some jokes, and hopefully find some music they love.

You’ve been a cinematographer for many movies including Safety Not Guaranteed and Your Sister’s Sister. What made you want to take the leap from cinematographer to directing?

I feel like the desire to direct was always there, and as the years went on, I was able to absorb directing lessons from some of my favorite directors as their Cinematographer. As the lessons compiled over the years, I started to grow past the fear of putting myself out there as a storyteller. Last year Hannah Marks approached with the script to Banana Split and it felt like the universe was telling me it was time.

How long did it take for you to film Banana Split? Any interesting anecdotes from filming that you would like to share with fans?

We shot Banana Split in six weeks, five of them in the grey tundra of early wintertime Syracuse and one of them all over Los Angeles County. Audiences are always surprised to find that the majority of our sunny Los Angeles summer story was faked in snowed-in locations around Syracuse NY, no small feat for our Director of Photography Darin Moran, Production Designer Almitra Corey, and Costume Designer Mona May.

Hannah Marks stars in the film as April, but also wrote the film alongside Joey Power. What was it like working with Hannah? Do you always agree with the direction of the film?

Hannah and Joey cowrote such a strong script with a specific tone and style on the page. Sometimes collaborators dive into a project with a lot of homework to do just to get everyone to a start point in terms of tone and feeling, and with Banana Split that was not really an issue. Hannah and Joey pulled from a lot of autobiographical experiences and to their credit, once we were in production, they were incredibly open to thoughts and ideas. Hannah is an extremely empathetic and talented performer who has the rare ability to commit to a scene while simultaneously engaging with the writing from a storytelling level. She could prepare a huge emotional rollercoaster of a day's work and still be able to wrestle with the structural and pacing elements of the film from the script perspective. I feel very lucky that she was open to my directorial suggestions while still knowing very specifically the root of what she was getting it at with the film. I don't recall any headbutting during filming, and that may have had to do with Hannah and I being friends for almost a decade.

What can we expect from you next? Any new projects we should be looking forward to?

I have a few things in the works on the directing front, the closest one to birth is an episode of the HBO show Room 104 in the upcoming season called 'Night Shift' that I co-wrote with Mark Duplass. I have been shooting a lot between directing gigs and have a studio comedy on the way to Netflix in the fall, a top secret performance film due out next winter, and between the big gigs am always darting around on small art films that will be on the festival circuit next year.

Check out Justin's review of Banana Split.
Posted by CRDBlog