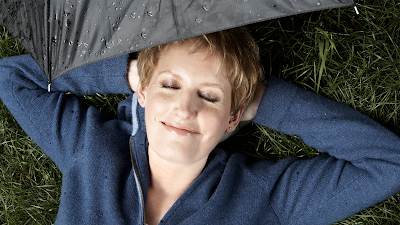 Sets In The City: Stories of a beautiful city
by Stephen Mosher

Liz Callaway is one of the greats.

I considered Liz Callaway to be the female voice of Broadway in the 80s. Nobody was like her, and everything she sang was executed to perfection. I absolutely loved her, but the only time I ever saw her live was when she was playing Grizabella in Cats at the Winter Garden Theatre. For a reason passing explanation, I have never seen her do her club act. I have broken that pattern and gotten my butt in a seat at 54 Below to see her new show Sets in the City. You know that happy face emoji with the big toothy smile that people use? That was me all night long.

Sets in the City is Liz Callaway’s tribute to New York City, to her life here, to the songs about this place, and to the people who live here. And the show is simply dazzling.

Callaway appears to be unchanged by time, physically and vocally. She looks spectacular and spectacularly fit, her voice is as powerful and nuanced as it has ever been, and her onstage persona is as winning and endearing as a person singing in a nightclub should be. When I go home from a show I like to feel like I’ve gotten to know the performer a little, and thanks to some marvelous tidbits about her life and the way those stories are matched up with the songs she sings, I feel like I actually do know Callaway personally. I already know her career, so I loved the inside nods to shows she has done, like starting the evening singing 'Who wants to live in New York, who wants the worry, the dirt, the heat, the noise…' from Merrily We Roll Along, a play she was in on Broadway, or songs she has sung, like mentioning that a reviewer once said she fared well with Stephen Schwartz songs, and that there is one Stephen Schwartz song she will never stop singing, and I knew it was ‘Meadowlark’. It’s like having an inside joke between you and the artist when they bring out the songs you know, and know them for, and the room must have been filled with fans because people around me were reacting the same way as I when they caught on to a clue.

The evening wasn’t only songs previously associated with the Tony Award nominated actress. Ms. Callaway shared a sweet story about trying to find a way to include the Flaherty and Ahrens tune ‘Something Beautiful’ in this show, to no avail, until Lynn Ahrens told her what inspired the story, bringing the pieces all together (no spoilers here, I’m afraid). In fact, while I could listen to Liz Callaway sing for more than the 75 minutes to which I was treated, I could also sit and listen to her tell stories for another 75 minutes. The comfortable way with which she discusses her family, her life as an actor, her courtship and marriage (to Dan Foster, who directed this show) was akin to listening to a performer at The Moth tell one of their stories. Callaway is honest about herself, poking fun at her youthful ambitions, sharing stories about celebrity encounters she’s had and journalist’s appraisals of her early work, and sincerely praising people like her idol Marilyn Maye (who was in the house and able to hear, first hand, the tributes Callaway paid her). It is very clear that Liz Callaway has a good time doing this work, and though I miss seeing her on the Broadway stage, I am happy to turn up at any nightclub where she is singing and catch her act again, anytime.

Musically speaking, the evening was filled with highlights for me. As a fan, hearing her sing her number from the musical Brownstone, ‘Since You Stayed Here’, was a tearful, yet smile-inducing moment for me, while my husband, sitting beside me, saved his tears for her totally in the pocket version of ‘Tell Me On a Sunday'. With mash-ups and medleys peppering the evening, it is easy to see why Callaway works with musical director and arranger extraordinaire, Alex Rybeck, because his own work on this show was swoon-worthy. An epic medley of songs about singing had the audience cheering, while a wonderfully sexy and strong-rhythmed performance (courtesy of bass player Jared Egan and percussionist Ron Tierno) of Chuck Mangione’s ‘The Land of Make Believe’ had me chair-dancing. The evening was a perfect blend of storytelling in the bright, and the quiet places where our hearts live, especially people like me who, when Callaway says she is nostalgic for a 'New York that isn’t there anymore,' know whereof she speaks, and are willing passengers on the ride of reverie that reminds us of the things we love, and have loved, about the magical city we have chosen to call home.
Posted by CRDBlog

Email ThisBlogThis!Share to TwitterShare to FacebookShare to Pinterest
Tags: 54 Below, Alex Rybeck, Liz Callaway, Sets in the City