Happening is a harrowing, difficult movie that is accidentally more relevant than normal.
by Jeremy Fogelman

It’s tricky to consider and review movies that are overtly political, even if they are more subtle about it or about what they really think. Sometimes you can get cringe “comedies” or so-called satirical pieces that are so tone deaf they actually might make things worse. Other (or most) times the movie is really a “preaching to the choir” piece that isn’t awful, just perhaps not as convincing as the filmmakers might hope.

The movie Happening comes from French director Audrey Diwan and co-written with Marcia Romano, based on the semi-autobiographical book from 2000 of the same name by Annie Ernaux. We follow Anne (Anamaria Vartolomei), a young student who’s the star of her classes and poised to have a great academic career. She has close female friends and seems in a good place with her parents, but the year is 1963 and things are complicated.

The man who impregnated her is mentioned but never seen, a non-entity in the movie and a clear sort of point the movie is making. Those opposed to the political angle of the movie might say this intentionally obfuscates Anne’s situation, since we know nothing really about him, while those aligned with the movie’s politics would most likely see the man’s absence as a necessary narrative choice, as the choice is not one he has to make.

As a character herself, Anne is a bit of an enigma, someone who sees her mother’s lack of higher education to be a failure of a life (although this is only lightly touched on) and feels that she will lose any chance at professional success if she is forced to keep the baby (which does feel likely in the era the movie took place in).

The movie relies heavily on Anamaria’s performance of fear and pain, trying to connect us to this stranger with her life ahead of her -- and the problems she faces when trying to terminate the pregnancy. Anne becomes increasingly desperate, going down further dangerous and horrible options, most of which are graphically displayed on the screen.

The tension builds as you begin to wonder how it will all end -- an unhappy ending is certainly possible for a French film. I have seen some comments and reviews saying that this movie should be required viewing for the Supreme Court or anti-abortion advocates in general, but I don’t really think this would convince them of anything -- perhaps they would only be able to grasp the possibilities of women dying to end unwanted pregnancies.

I have a feeling how people are going to see this movie, directly down political lines in general -- but even past that, it’s so graphic and difficult to watch, even those that might agree with its position might not be interested in watching it. There are images that will be hard to forget.

Happening has a run time of 1 hour 40 minutes, and is rated R for disturbing material/images, sexual content and graphic nudity. 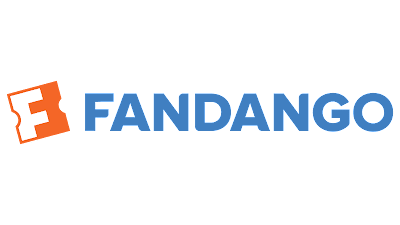