A lot of movies have an autobiographical vibe to them, sometimes subtle or subconscious, sometimes obvious and intentional like Lulu Wang’s The Farewell. Obviously all of Woody Allen’s movies are that sort of nonsense, but I think that usually adding more of a layer between fiction and reality often works better. And the emotions can still be truth.

Marriage Story comes from director/writer Noah Baumbach, inspired by his own separation from Jennifer Jason Leigh a few years ago. Here we follow a couple at the end of their marriage as they try to figure out how to handle the new trauma of divorce. Scarlett Johansson plays Nicole the wife, an actor who was known for a hit college movie when she was younger and is now mainly working in the theater in New York City where they leave. Her frequent collaborator and director is Charlie (Adam Driver), the husband, who has his own issues.

Although the two start off thinking that they’ll handle it all easily and without lawyers, things change when Nicole moves back to Los Angeles with their son Henry to accept a new, exciting acting opportunity and where all of her family lives. Although Charlie often visits, and gets along with his soon to be ex for the most part, he gets served papers from Nicole in an awkward, amusing scene, as Nicole has decided to get a lawyer after all.

This is Nora (Laura Dern), and she presents a more potentially acrimonious and destructive side that gets mirrored when Charlie considers a lawyer of his own, first the equally harsh Jay (Ray Liotta) but then later the milder, less intense Bert (Alan Alda). As the two battle back and forth in ways small and large, old pains and arguments arise and things get inevitably worse. There’s an underlying theme and questions of LA vs NY, a fight of exaggeration and the secrets only someone who was truly close could say.

The couple isn’t simply hateful and angry, they still have something there between them, even if it isn’t romance any longer. Neither is a cliché or caricature, both seem like real people, caught up in the drama of the divorce but mainly wanting not to lose their son entirely. The movie builds and builds until it explodes, but it feels so real.

This a movie built on naturalistic dialogue with a hint of romanticism, impeccably acted by two attractive people fallen out of love with each other. Adam Driver plays his role as a man trying to balance precariously without falling over, always with a hint or patina of fear below his actions. I’ve been a fan of the dude for a while, and he’s someone who’s always had a great sense of his own physicality and how to channel emotion through it.

Scarlett Johansson continues her year of great performances (after Avengers: Endgame and Jojo Rabbit) with a wholly different role but one with significant emotional depth. Her loyalty to Woody Allen is really the only thing that I can possibly say against her favor, because she’s such an underrated talent, dramatically and comedically.

The movie skips along with an excellent pace despite being over two hours; this is easily my favorite of Noah Baumbach’s movies (I sometimes have found them a bit pretentious at times), but this feels the least cruel, cold, or hipster. This is a movie where you can’t help but root for two people that are fighting each other because they have no other idea what to do.

This is that time of year where there’s an awful lot of good movies coming our, and Marriage Story is definitely a good one to see. It may hurt at first, but it won’t leave you that way.

Marriage Story has a run time of 2 hours 16 minutes and has is rated R for language throughout and sexual references. Click on the image below to view the trailer. 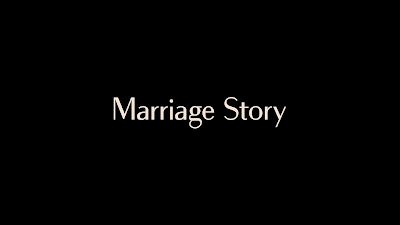