I saw Yesterday over the summer when it was released and enjoyed most of the film. The Danny Boyle directed film about a world without The Beatles was heartwarming and I couldn’t wait to explore it again on Blu-ray. Yesterday centers around Jack Malik, a struggling musician who wakes one day after a crash and learns that the Beatles were never a thing. He is the only one that knows who the Beatles are and uses that to his advantage to get popular. Himesh Patel stars as Jack who finally catches his big break after his crash. In a world of superhero movies, sequels, and remakes, it is nice for original films to come along and present an appealing story.

Yesterday had such an interesting concept that made the film intriguing to watch. One of my issues the first time I saw it and it is still a gripe of mine the second time around is that Danny Boyle creates a generic film as it moves along. The movie explored what it is like to live a life of stardom and what you must give up for it. Lily James also stars in the film as Ellie Appleton. With having her in the film and exploring their relationship, the film unfortunately falls into the cliché moments despite having a unique plot. Every single time that Jack is performing a Beatles song, I loved it. The Beatles are a band that are widely popular, and the use of their songs makes the film fun to watch.

The video presentation looks crisp and bright. The moments where Jack is performing live is stunning to look at with the large crowd. I was impressed with the presentation because it was a night concert, which could have been dark and hard to see, but it was presented clearly. All the settings that Jack visits throughout the movie capture stunning details and are colorful and warm.

The audio in Yesterday is superb. The musical moments feel grand, which works since a lot of those moments are presented in front of a large crowd. The smaller musical moments of Jack playing a guitar are clear and personal. The audio is the highlight of the film since it is a movie featuring the music of the Beatles and the Beatles deserve the best.

Special Features
The Blu-ray release of Yesterday is packed with special features ranging from alternate endings, deleted scenes, and more. A DVD and digital copy are included in the Blu-ray release.

Overview
Overall, I enjoy the premise of Yesterday and all the moments involving songs from the Beatles. You can tell that Jack really was into the Beatles and it was impressive that he was able to remember all their songs when no one else couldn’t. The film does feel a bit cliched at times, which is unfortunate, but I am able to look past that and enjoy the film for what it was.

Purchase the movie now from Target or FandangoNow and help support Hotchka! 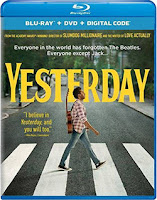 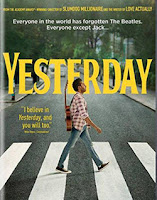 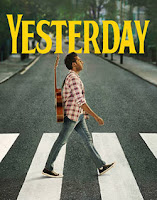 Purchase the Soundtrack CD with one bonus song exclusively from Target! 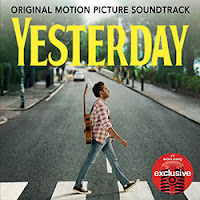