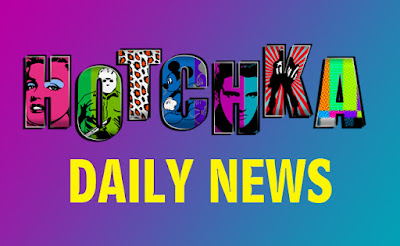 ★Production on the fourth and final season of Snowpiercer was halted Thursday and Friday, ironically due to excessive heat at their outdoor location in British Columbia. Actors are wearing heavy winter-type clothing for the series set in a world still suffering from a global freeze event (although the third season finale hinted there was a warm patch of earth). At least 14 crew and background cast members had to be transported by ambulance to the hospital. Snowpiercer is the last remaining scripted series on TNT following the merger of Warner Bros. and Discovery, which plans to shift into unscripted programming for the network and its sister TBS. Production on Snowpiercer is expected to wrap up next week. Whether TNT actually broadcasts the final season is the real question now as the WBD suits have already cancelled two already completed seasons of series on TBS. 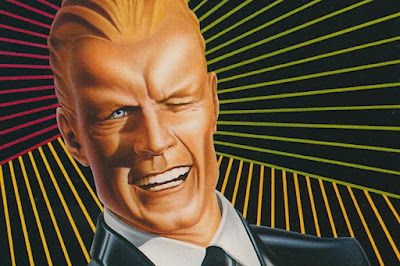 ★AMC Networks is developing a reboot of the Max Headroom drama series with original star Matt Frewer set to reprise the title role as the world’s first artificial intelligence TV personality. Halt and Catch Fire co-producer Christopher Cantwell is writing the adaptation, and the project is produced by Elijah Wood and Daniel Noah’s SpectreVision and All3Media. 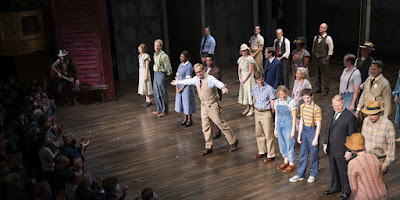 ★Broadway's To Kill a Mockingbird, currently on an extended hiatus due to COVID, will not re-open as planned. Writer Aaron Sorkin and director Bartlett Sher are placing the blame on original and assumed former producer Scott Rudin (who had stepped away from all of his productions after allegations of bullying and physical abuse) somehow reinserted himself as producer and stopped the production from continuing. In an email to Sorkin and Sher, Rudin stated his decision “not to bring back TKAM has to do with my lack of confidence in the climate for plays next winter. I do not believe that a remount of Mockingbird would have been competitive in the marketplace.” While Rudin was not to have an active role in the play's production, he still controls the rights to the stage adaptation. Sorkin and Sher addresses the cast and crew, saying they were heartbroken and they “mourn the loss of all the jobs — onstage, backstage, and front of house — that just disappeared.” 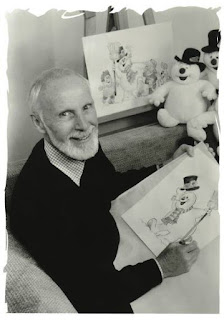 ★Paul Coker Jr., artist for Mad magazine and production designer for the classic Rankin/Bass stop motion animated specials, died July 23 at the age of 93. Coker's designs were featured in a wide range of holiday specials including Cricket on the Hearth (1967), Frosty the Snowman (1969), Santa Claus Is Comin’ to Town (1970), Here Comes Peter Cottontail (1971), The Year Without a Santa Claus (1974), Rudolph’s Shiny New Year and Frosty’s Winter Wonderland (both 1976), Nestor, the Long-Eared Christmas Donkey and The Easter Bunny Is Comin’ to Town (both 1977), Jack Frost (1979), Pinocchio’s Christmas (1980), The Leprechauns’ Christmas Gold (1981) and Santa, Baby! (2001). Coker supervised the designs for Kris Kringle, the Winter Warlock, Burgermeister Meisterburger and Snow Miser & Heat Miser. Coker began his work with Mad in 1961 and became a part of the magazine's "Usual Gang of Idiots", with one of his signatures being the popular 'Horrifying Cliches'. He also illustrated several parodies including Star Trek, Jurassic Park, Twister, Frasier, Sabrina: The Teenage Witch and Caroline in the City.