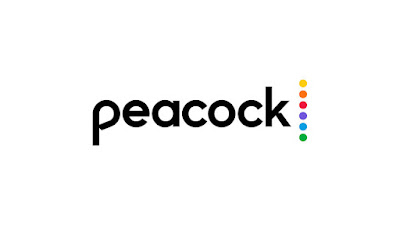 LAST LIGHT is based on Alex Scarrow’s international best-selling novel Last Light, which tells the story of a family fighting to survive in a world that has been suddenly thrown into chaos.

Petro-chemist Andy Nielsen knows how dependent the world is on oil; if something were to happen to the world’s oil supply, it would set off a chain reaction: transportation would grind to a halt, supplies would cease to be delivered, law enforcement would be overwhelmed. While on a business trip to the Middle East, Andy realizes that his worst fears are coming true and his family is separated at this crucial moment. His teenage daughter, Laura, is alone at home in London while his wife, Elena, and young son, Sam, are in Paris. Amid this chaos, each family member will sacrifice everything to find one another, despite the distance and the dangers that separate them. Based on Alex Scarrow’s best-selling novel of the same name.

From executive producer Julie Plec comes a story of romance, friendship, death, sex, and scandal. VAMPIRE ACADEMY is based on a series of young adult paranormal romance novels by international bestselling author Richelle Mead. In a world of privilege and glamour, two young women’s friendship transcends their strikingly different classes as they prepare to complete their education and enter royal vampire society. This serialized and sexy drama combines the elegance of aristocratic romance and the supernatural thrills of the vampire genre.

Julie Plec will serve as showrunner, writer and executive producer for the series.

THE MISSING tells the story of NYPD Detective Avraham Avraham, whose belief in mankind is his superpower when it comes to uncovering the truth. Guided by a deep sense of spirituality and religious principles, Avraham is left to question his own humanity when a seemingly routine investigation turns upside down.

Adam Devine, who appeared in the first two installments of the film franchise, is set to star and reprise his role as Bumper Allen, the vocal villain whom we love to loathe.

In the new series for Peacock, several years after we last saw him in Pitch Perfect, Adam Devine’s Bumper Allen moves to Germany to revive his music career when one of his songs becomes big in Berlin.

IRREVERENT is a fish out of water drama that follows criminal mediator Paulo Keegan as he flees the United States after a mediation gone wrong and assumes the identity of Reverend Mackenzie “Mack” Boyd. “Mack” (Paulo) finds himself trapped in Clump, Australia – a small, eccentric beach town hundreds of miles away from civilization and phone reception. In order to stay alive, “Mack” must keep the wool over the town’s eyes and play the role of devoted Reverend, while desperately searching for an exit strategy before his past catches up to him.

Email ThisBlogThis!Share to TwitterShare to FacebookShare to Pinterest
Tags: A Friend of the Family, Everything I Know About Love, Irreverent, Last Light, Peacock, Pitch Perfect: Bumper in Berlin, The Missing, Vampire Academy