Celebrate the 40th anniversary of Star Trek II: The Wrath of Khan


Collaborating with Brands Like Coolhaus and Funko, the Iconic Media Franchise Will Be Honoring This Momentous Occasion by Bringing Custom Sweets, a Khan-Inspired Collectible, Screenings of the Film, a Curated Khan-Centric Selection of Episodes and Movies on Paramount+, and More to “Star Trek” Fans

Paramount’s “Star Trek” Franchise Group presents a Summer of Sweet Revenge, in celebration of “Star Trek II: The Wrath of Khan”’s 40th anniversary on Saturday, June 4, to fans across the country and beyond. They are teaming up with various brands to commemorate the film’s birthday with a suite of activities that include pop-ups in New York City, Los Angeles and at San Diego Comic Con, as well as screenings of the film and activations in select cities. Fans are also able to find out how they can join in on the celebration by visiting WrathOfPKhan.com, a specially curated online hub with details on the activations, digital engagements and more.

Throughout the years, “Star Trek II: The Wrath of Khan” has continued to be a compelling and iconic film, so much so that it has been referenced in many popular titles such as “Seinfeld,” SOUTH PARK, “Saturday Night Live” and “The Big Bang Theory,” to name a few. The portrayal of the film’s antagonist Khan Noonien Singh by Ricardo Montalbán inspired the most infamous moment: William Shatner’s scream of the name “KHAAAN!”

“Star Trek II: The Wrath of Khan”’s 40th anniversary Summer of Sweet Revenge will include collaborations with household name brands like Funko, Coolhaus and more. Additional details on each of these activations can be found below.

SUMMER OF SWEET REVENGE ON PARAMOUNT+ 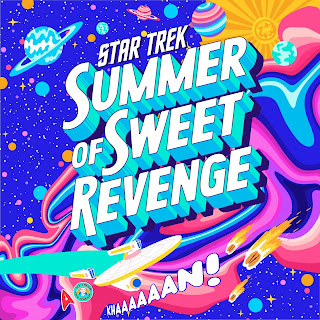 Bringing the celebration to viewers at home, Paramount+ is curating a special selection of Khan-centric and “revenge”-themed “Star Trek” episodes and movies to incorporate even more fans into the fun.

The episodes and movies will be featured in special carousels on Paramount+ on June 4 and the curated list will also be shared on “Star Trek’s” official social channels (@StarTrek and @StarTrekOnPPlus).

To learn more about the 40th anniversary celebration, please visit WrathOfPKhan.com or “Star Trek’s” official social channels, and stream your favorite “Star Trek” episodes and movies on Paramount+, the home of the “Star Trek” Universe.

In collaboration with collectibles brand Funko, the media franchise will be incorporating fans into the celebration by having them pick their favorite design of a Funko inspired by Khan on the official “Star Trek” shop (shop.startrek.com). From May 31 to June 3, “Star Trek” lovers around the world will be able to vote on whether the Funko should exhibit “Battle Ready Khan” or “Post-Battle Khan.” The winning design will then be announced to all participants on June 4, the film’s anniversary, and the Khan Funko will be available for pre-order on June 6. 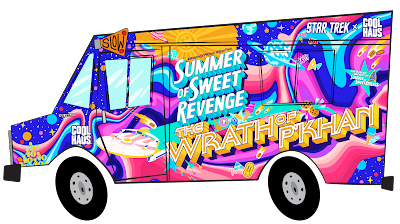 To further celebrate the 40th anniversary of the film, women-owned ice cream brand Coolhaus will be bringing consumers in New York City limited-edition Wrath of P’Khan ice cream sandwiches via a branded truck. The film-inspired wrapped truck will be visiting fans in SoHo at Prince Street and Green Street on June 4.

Ringing in National Ice Cream Day on July 17, the Coolhaus vehicle will make its way to Los Angeles’ busiest spot, Santa Monica at 2nd Street and Santa Monica Boulevard, in the peak of summer to bring the celebration and custom ice cream to “Star Trek” lovers in the City of Angels.

The ice cream truck will also be heading to San Diego Comic Con this year with streaming service Paramount+. They will be handing out Wrath of P’Khan ice cream sandwiches and celebrating the anniversary with fans of the franchise at the largest convention of its kind in the world.

To provide added honor on the momentous occasion, Paramount Home Entertainment and Fathom Events are partnering to bring “The Wrath of Khan” to the big screen during the TCM Big Screen Classics series on Sept. 4, 5 and 8. This will include over 2,500 screenings of the film across the three-day event.

About the “Star Trek” Universe

In the 55+ years since the legendary creator Gene Roddenberry introduced the world to a “Star Trek” universe where “Infinite Diversity in Infinite Combinations” remains its proud legacy, the series has continued to break barriers – inspiring generations of fans with a celebration of cultural diversity and inclusion, scientific exploration, and the pursuit of uncharted frontiers. Today, the “Star Trek” canon continues to thrive through film, television, animation, games, publishing, podcasts, experiences and most recently children’s programming. Available in over 190 countries worldwide, the “Star Trek” franchise of 11 TV series, 13 films and over 800 episodes has been a mainstay in generating stories that are both exciting and thought-provoking, as well as vastly contributing to the pop culture lexicon throughout the years. Phrases originating from “Star Trek” have been incorporated into popular vernacular such as “live long and prosper,” “set phasers to stun,” “beam me up, Scotty” and many more. Over its more than five decades, the media franchise has also influenced countless technologies including the first flip phones, as well as being the inspiration behind the name of the first U.S. space shuttle. Additionally, the famous Vulcan salute from the original “Star Trek” is a universal cultural symbol. The “Star Trek” series, including STAR TREK: DISCOVERY, STAR TREK: PICARD, STAR TREK: STRANGE NEW WORLDS, and the animated series STAR TREK: LOWER DECKS and STAR TREK: PRODIGY on Paramount+ are produced by CBS Studios in association with Secret Hideout and Roddenberry Entertainment. Executive producer Alex Kurtzman oversees the “Star Trek” universe across all platforms.

Paramount+, a direct-to-consumer digital subscription video on-demand and live streaming service from Paramount Global, combines live sports, breaking news and a mountain of entertainment. The premium streaming service features an expansive library of original series, hit shows and popular movies across every genre from world-renowned brands and production studios, including BET, CBS, Comedy Central, MTV, Nickelodeon, Paramount Pictures and the Smithsonian Channel. The service is also the streaming home to unmatched sports programming, including every CBS Sports event, from golf to football to basketball and more, plus exclusive streaming rights for major sports properties, including some of the world’s biggest and most popular soccer leagues. Paramount+ also enables subscribers to stream local CBS stations live across the U.S. in addition to the ability to stream Paramount Global Streaming’s other live channels: CBS News Streaming Network for 24/7 news, CBS Sports HQ for sports news and analysis, and ET Live for entertainment coverage. Subscribe below! 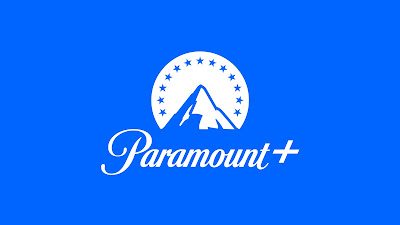